Another week started with a prayer meeting during which an inspiring thought was shared by Br. O. Nasui. The question was asked ,as many of us approach the end of our stay here in the United States, “What would be the best gift we can take home to our loved ones?”

“To love as Christ loved means to manifest unselfishness at all times and in all places, by kind words and pleasant looks. These cost those who give them nothing, but they leave behind a fragrance that surrounds the soul. The effect can never be estimated. Not only are they a blessing to the receiver, but to the giver; for they react upon him. Genuine love is a precious attribute of heavenly origin, which increases in fragrance in proportion as it is dispensed to others.” Letters to Young Lovers 16. 4

This is the only gift that we can take home that will have longer lasting effect than any other gift. May we take of this gift home to our families in abundance.

Morning Worship
The morning worship was entitled “Conqueror Against the Power of Darkness.” From the beginning, Jesus has been the aim of Satan’s attack; from the conception of Mary to His birth at the manger of Bethlehem, Herod sought to kill Him. Jesus experienced the most trying times after His baptism. It is good to know how Jesus overcame.

“Then was Jesus led up of the Spirit into the wilderness to be tempted of the devil. And when he had fasted forty days and forty nights, he was afterward an hungred. And when the tempter came to him, he said, If thou be the Son of God, command that these stones be made bread. But he answered and said, It is written, Man shall not live by bread alone, but by every word that proceedeth out of the mouth of God.” Matthew 4:1-4

Adam and Eve gave into Satan’s temptation of appetite, but Jesus gave us a good example. Jesus overcame the tempter’s snare even after He had fasted for forty day and was hungry. The test of appetite is the greatest temptation man could ever have. Moreover, this was not the only temptation Jesus experienced. He was tempted in all points, just as we are.

“Then, the devil taketh him up into the holy city, and setteth him on a pinnacle of the temple, and saith unto him, If thou be the Son of God, cast thyself down: for it written, He shall give His angels charge concerning thee: and in their hands they shall bear thee up, lest at any time thou dash thy foot against a stone.” Matthew 4:5,6

And another temptation followed.

“Again, the devil taketh him up into an exceeding high mountain, and sheweth him all the kingdoms of the world, and the glory of them; And saith unto him, All these things will I give thee, if thou wilt fall down and worship me.” Matthew 4:8,9.

The speaker further read, Desire of Ages A 120 “Jesus met Satan with the words of the Scriptures. “It is written,” He said. In every temptation the weapon of His warfare was the word of God. Satan demanded of Christ a miracle as a sign of His divinity. But that which is greater than all miracles, a firm reliance upon a “Thus saith the Lord,” was a sign that could not be controverted. So long as Christ held this position, the tempted could not gain advantage. Every time Jesus met temptations, He used the straight forward “Thus saith the Lord.” After the most severe temptations Jesus fainted “and behold, angels came and ministered unto him”.

In Gethsemane, Jesus prayed with drops of blood on His face. In deep anguish the small vessels on His forehead broke, so drops of blood ran over His face. Amidst this deep anguish of the soul, Jesus went to His disciples and asked them to pray for Him; but they were asleep. “And there appeared an angel unto him from heaven, strengthening him.” (Luke 22:43). God the Father could not bear to see His Son struggling alone, so He sent an angel to comfort Jesus.

“Christ might even now refuse to drink the cup apportioned to guilty man. It was not yet too late. He might wipe the bloody sweat from His brow, and leave man to perish in his iniquity. He might say, Let the transgressor receive the penalty of his sin, and I will go back to My Father. Will the Son of God drink the bitter cup of humiliation and agony?” Desire of Ages, 690.2

Before Jesus’ death at the cross of Calvary, darkness covered the earth until three o’clock in the afternoon. Do you know why this happened?

“In that thick darkness God’s presence was hidden. He makes darkness His pavilion, and conceals His glory from human eyes. God and His holy angels were beside the cross. The Father was with His Son. Yet His presence was not revealed. Had His glory flashed forth from the cloud, every human beholder would have been destroyed. And in that dreadful hour Christ was not to be comforted with the Father’s presence. He trod the wine press alone, and of the people there was none with Him.” Desire of Ages, 753.4

Human beings cannot behold God nor angels by their naked eye, for if they did they would die; this is the reason why darkness covered the earth.

“He bowed the heavens also, and came down: and darkness was under his feet. And he rode upon a cherub, and did fly: yea, he did fly upon the wings of the wind. He made darkness his secret lace;
his pavilion round about him were dark waters and thick clouds of the skies.” Psalms 18:9, 11

The Father did not leave Jesus alone during His deepest agony upon the cross of Calvary. The same God looks down to us in our struggles. He sees every tear that falls on our cheeks. He knows all our problems in our work, in our church, and in our family. When we are almost bowed down with our burden, God is always there to lift us up. May we experience God’s presence today.

Business of the Day
The meeting started at 9:00am with the singing of hymn “I Surrender All” after which two prayers were offered. Br. Sureshkukmar shared a thought about the basis of the Christian experience. He read a passage from the Bible about a ruler of the Synagogue who came to Jesus to make a plea in behalf of his daughter who was sick to the point of death.

As Jesus was going to attend to this man’s need, a woman who had had an issue of blood for twelve years was nearby waiting to be healed. She realized that Jesus was busy attending to the ruler’s need, and she thought Jesus had no time for her, that He was busy with a more important case than hers. So she made a plan: “If only I could touch His garment! That will be enough for me. I will be healed.” So she touched Jesus’ garment, and indeed she was healed.

Then, Jesus stopped and made mention of her great faith. By that time a person came from the ruler’s house with the news “Thy daughter is dead: why troublest thou the Master any further?”

“And he took the damsel by the hand, and said unto her, Talitha cumi; which is, being interpreted, Damsel, I say unto thee, arise. And straightway the damsel arose, and walked; for she was of the age of twelve years. And they were astonished with a great astonishment.” Mark 5:41,42

Jesus then said to the ruler, “Be not afraid; only believe.” Jesus went to his house as the Bible records and raised the daughter from the dead. Both these cases were resolved because of faith. This is what we need today—faith that will move mountains. Faith that does not know fear. May we all possess this faith.

New Officers Elected
At the beginning of the business day, there were 175 delegates seated. After the minutes were read and accepted, the Nominating Committee presented the name of Br. John Bosco for the office of Regional Secretary for the Northern African Region. He was accepted unanimously. Next, four names were nominated for the office of the Missionary Department Director. After a season of prayers and 3 rounds of votes, Br. Liviu Tudoroiu was elected as the General Conference Missionary Department Leader for the next 4 years. As there were no reports ready to vote upon, the committees separated for their individual work and carried on working till the evening worship. 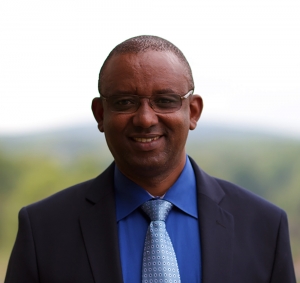 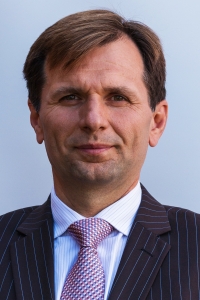 Examining the story of Nicodemus’ visit to Jesus one night, we find that this proud ruler was challenged by Jesus’ diagnosis—that he needed to be born again. There is a kind of birth that is spiritual, not physical (of flesh and blood). Jesus said that “flesh and blood” would not be able to find a place in the kingdom of God.

We inherit from our parents the same fallen human nature that they exhibited, handed down from generation to generation. Nicodemus was embarrassed to consider these things. Maybe we are too. When he tried to express surprise, “How can a man be born when he is old? Can he enter the second time into his mother’s womb, and be born?” Jesus brought home the truth that we must “be born of water and of the Spirit” (John 3:4, 5).

The new birth is a process participated in with freedom; it is not forced upon us. In order to be born again, we must let go of our pride and fully surrender. We must accept new “genetic” information. If we resist and want to act like our ancestors, we will remain far from the kingdom of God. On the other hand, if we will accept God’s work in us, He will make us into a new nation ready to inherit the new earth. Amen